What does it feel like to fly over planet Earth? 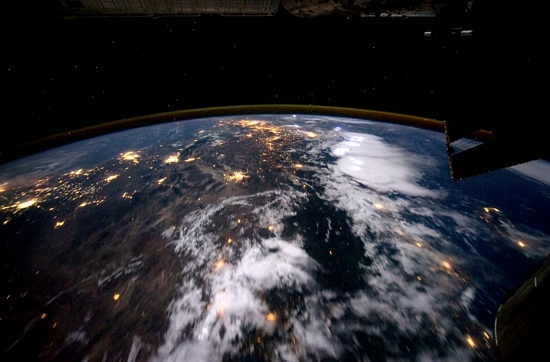 Morning OMC, feeling a bit spaced out from your morning coffee? best fly around the world then!

Ten internet points if you can spot my house 🙂

A time-lapse taken from the front of the International Space Station as it orbits our planet at night. This movie begins over the Pacific Ocean and continues over North and South America before entering daylight near Antarctica. Visible cities, countries and landmarks include (in order) Vancouver Island, Victoria, Vancouver, Seattle, Portland, San Francisco, Los Angeles. Phoenix. Multiple cities in Texas, New Mexico and Mexico. Mexico City, the Gulf of Mexico, the Yucatan Peninsula, El Salvador, Lightning in the Pacific Ocean, Guatemala, Panama, Columbia, Ecuador, Peru, Chile, Lake Titicaca, and the Amazon. Also visible is the earths ionosphere (thin yellow line), a satellite (55sec) and the stars of our galaxy.