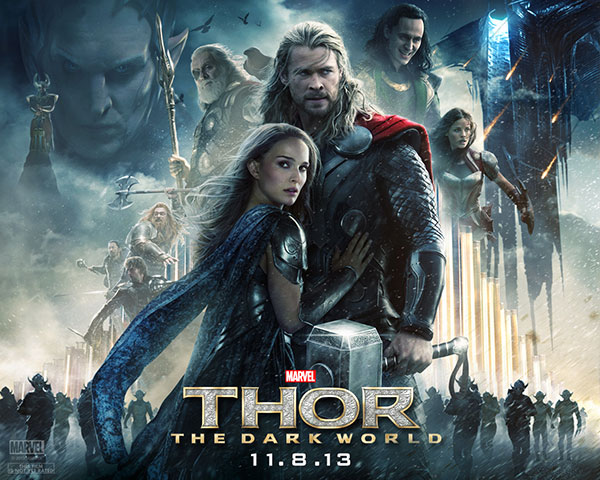 
We upped our game this week for ‘Bunk Off Work & Go To The Cinema‘ and went to a 3D film! Like most who come to this site I remember 3D films being awful, with stuff flying at the screen to make sure you know its 3D and everything was red and blue. But now, blimey, tis all mad future! Hipster sunglasses and rad depth to films. Proper worth it for brainless action flicks and so we went to see Thor 2… a mighty brainless action flick!

So the reviews, first up Benny:

This is a proper ‘Sunday, too hungover, brain hurts to much to concentrate’ type film. Action piece after action piece with very little plot to follow… essential man film! The only problem with Thor is the love interest, get rid of that and it would be rad.

The last time I recall seeing a movie in 3d was at Disney world in 1993 which blew my tiny mind so expectations were high…. the movie however sucked in my opinion but the advert for 3D and some of the 3D effects in the movie itself were pretty damn good!