“They were the footprints of a gigantic hound” 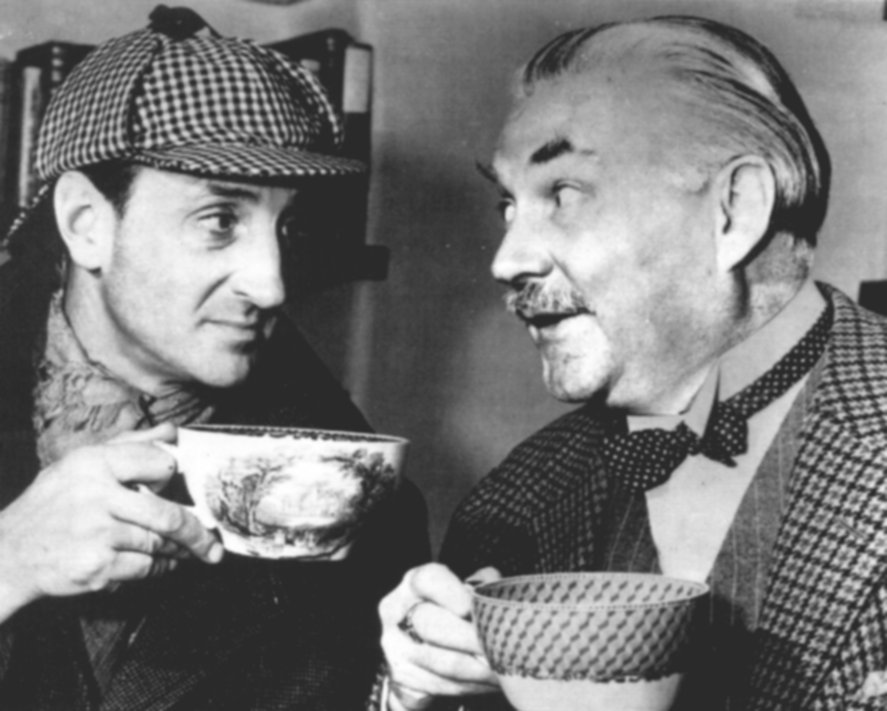 I discovered Sherlock Holmes in the late 70’s or early 80’s. I remember getting home from school on a Friday and as soon as the news would start on BBC1 at 6pm I knew that if I pressed the 2 button on our huge mahogany cased National Panasonic television set then there would an episode of either Charlie Chan, Harold Lloyd, Tarzan or fingers crossed Basil Rathbone as Sherlock Holmes.

There were only 14 films made.. my favourite was: Terror by Night

It’s been a good time to be a Sherlock fan recently. Both Guy Ritchie’s Steampunk style Sherlock Films have been amazing, the BBC’s incredible modern day Sherlock is into its 2nd season with the last of the three 90 minute episodes on Sunday. There is also a fairly recent book from the Conan Doyle Estate Ltd) by Anthony Horowitz (screenwriter of Midsomer Murders & Poirot) called the House of Silk which I’m currently reading..

I’m sure there will be more books, films, tv shows.. it’s all good really.. I even sat through this with my daughter..