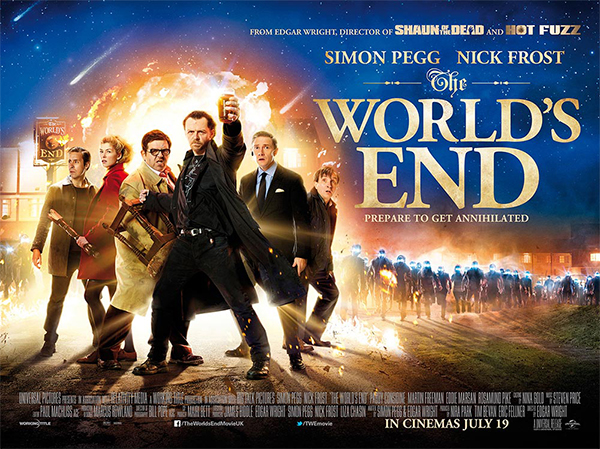 
The other month a bunch of us bunked off work for the afternoon and went to the cinema… now I know kids today just torrent films from the interwebs but sometimes its nice to actually pay money and sit in a dark room with other people, bunking off work, and watch a film.

We went to see ‘The World’s End’, the final part in the Three Flavours Cornetto Trilogy and here are our mini review.

It was pretty good, probably better watching it at home, on dvd on the sofa though.

For afters we went to the best restaurant in town, ‘Ruby Diner‘, and had some top ten solid burgers while working out our own lil OMC pub crawl ‘The Twelve!’ We just hope ours doesn’t bring about the end of the world via robots and such.