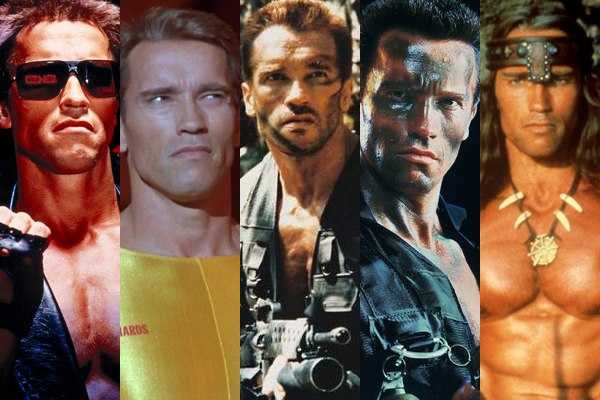 Recently I’ve been watched Total Recall and Commando and I thought… “You know what, Arnie ruled the action genre in the 80’s” So I thought it was about time we sorted out The OMC Top 5 Arnie 80’s (ish) Action Films!

Plus its Saturday so what better way to spend the day then in the pub arguing about which film was the best. Tell us your top 5 in the comments.


I’m sure it wont be long till we see an actual celebrity ‘Running Man’ program on TV, give it time, as it would be amazing! Specially if they give the contestants kick as one-liners like ‘Subzero…is now PLAIN ZERO!’


A film which ends with Arnie killing more people than is humanly possible. Macho Time!


Yes part 2 is far superior but this is a list of 80’s films and Terminator was brilliant. Its got everything you could possibly need, explosions, a robot, bit of sex and more explosions.

Its got a manly handshake that lasts for ages, that alone makes this film epic! It would be my all time favorite Arnie picture if not for the next one below.


This films is AWESOME!!! I can’t think of one fault with it. Popping out eyes, telepathic ugly belly guy, chick with THREE BOOBIES!!! whats not to like.


This film, while cheesy as hell, is still pretty damn good and Arnie punches out a camel which is truly the manliest thing anyone can do.