The Greatest Story Ever Told 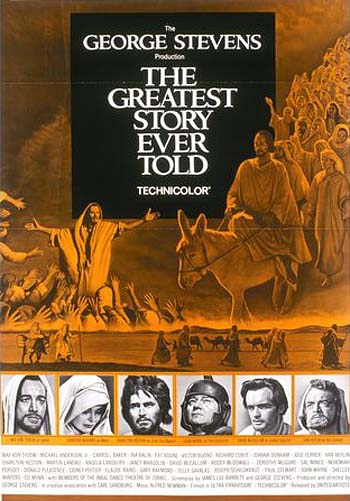 I’m sure I have mentioned this film before… and so I thought I’d start up a new OMC mini review corner for films I have watched, which isnt many to be honest as I watch cartoons, anyways….

The Greatest Story Ever Told

That trailer doesnt do the film justice at it… come on trailer makers its MING! Ming the freaking Merciless as Jebus! what more do you need.

Well not much else to be honest, its got Ming in end of. I guess its got that bloke from Planet Of The Apes in it so thats another thumbs up. But it does go on a bit, so I say put it on during the afternoon snooze on a Sunday and if timed right you will wake up to the “Hallelujah Chorus” bit from “The Messiah”.

‘Grr I’ll have you Satan’