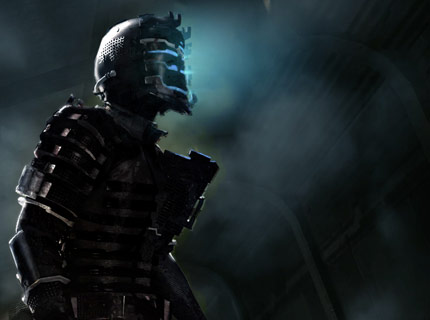 I passed on Dead Space when it was released way back in 2008, I played the demo and it was poor, so didnt bother to pick it up. But the other week while enjoying the rainy English summer I saw it on the ‘On Demand’ download on Xbox so ‘bugger it’ I thought… I’ll give it a go.

I’m a moron for not getting on this ages ago for ITS FUNKING PANT CRAPPING AWESOME!!!!! For once a survival-horror game with actual genuine scares in which you must explore terrifying environments and battle disgusting monstrosities.

It didn’t take long to complete, I must admit, but it was great fun while it lasted as my tv was filled with nothing but limbs and gore!

Back again as Isaac Clarke dismembering Necromorphs and its as thrilling as ever, the graphics and sound design have all been improved but sadly tho Dead Space 2 doesn’t bring with it the same sense of experiencing something utterly new and innovative that its predecessor did. But it’s nonetheless a terrific game.

So overall if you have never played either, go and buy them from a 2nd hand shop and have a jolly fun time dismembering limbs and swimming in Necromorph gore!